Cedar Springs is hoping to open a new library, exactly 80 years after the local library got its official start.

The fundraising campaign took a big jump last week at a gala where plans for a new facility were unveiled.

“It was amazing,” said Cedar Springs librarian Donna Clark. “Over $25,200 came in in cash and checks and another $38,000 was pledged. It was really something.”

The event, which was held at the American Legion Hall, attracted more than 100 residents, boasted entertainment from a young musician from the Piano Cottage, and touted plans for a 9,998-square-foot building with covered entryway, outdoor patio, display cases, drive-through book deposit, kitchen, and space for tutoring, classrooms,and meetings.

In addition, the plan calls for dedicated areas for children and teens as well as a quiet reading area for adults, complete with a fireplace. The exterior design resembles “an old train depot,” Clark said.

Library programming has outgrown the current space at 43 Cherry St. Children’s programs, which sometimes have drawn in more than 200 participants, are held at local school facilities and outside. “We start late, so the dew is off the grass and it works fine if it is a nice day, but if it rains, we are done,” said Clark. Computer classes and even library board meetings have to be held during non-library hours because of space constraints.

Plans for a new library are part of a bigger overall picture to revitalize the city of Cedar Springs. A community action group, known as the Community Building Development Team, have plans to add an outdoor amphitheater, expand trails and add other amenities such as rain gardens to the city core. The team has been working with the Library Board, Friends of the Library, and Chamber of Commerce  to raise funds for the new facility, said board secretary Tony Owen. “We are also working to identify any grants that might be available,” he said.

The next step is gaining necessary approvals from the city Planning Commission for the building, which organizers hope will be constructed during 2016.

The desire for local library services goes back even further than the eight decades. When Solon Township was founded by separating from Algoma in 1857, the settlement terms included granting Solon $6 from the library fund and one-fourth of the books in the library, according to local historical records. A Library Association was formed in 1875, and in 1881, every one of the 60 ladies residing in the village of Cedar Springs was a member.

In 1965, a former church building was purchased for use as a Community Building Center and a library was established in the “tower rooms.” The library’s next home was inside The Clipper building. Not only did it share the newspaper’s space, it was promoted by The Clipper owners. Grassroot efforts, such as bake sales, dinners, plays and other projects, raised money for the original library. 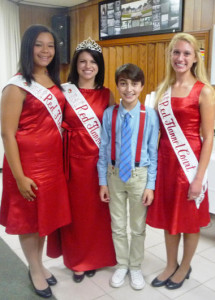